A new brand position that sparked 197% more user engagement and an Adobe partnership for a tech startup.

Following a rebrand that completely changed their product, purpose, and core customer, Quest found their new audience and potential partners were struggling to understand their new offer. With no idea as to why and a product that demanded their small team’s full attention, I partnered up to find out where their message was missing its mark.

After identifying the ideal users for Quest’s new platform, we crafted a challenge that was centered around their creative needs and used the insights gained to rebuild Quest’s position from the ground up. Through a new global strategy, we employed guidelines that helped the Quest team redefine their culture, prioritize key product features, and unify all forms of branded communication. 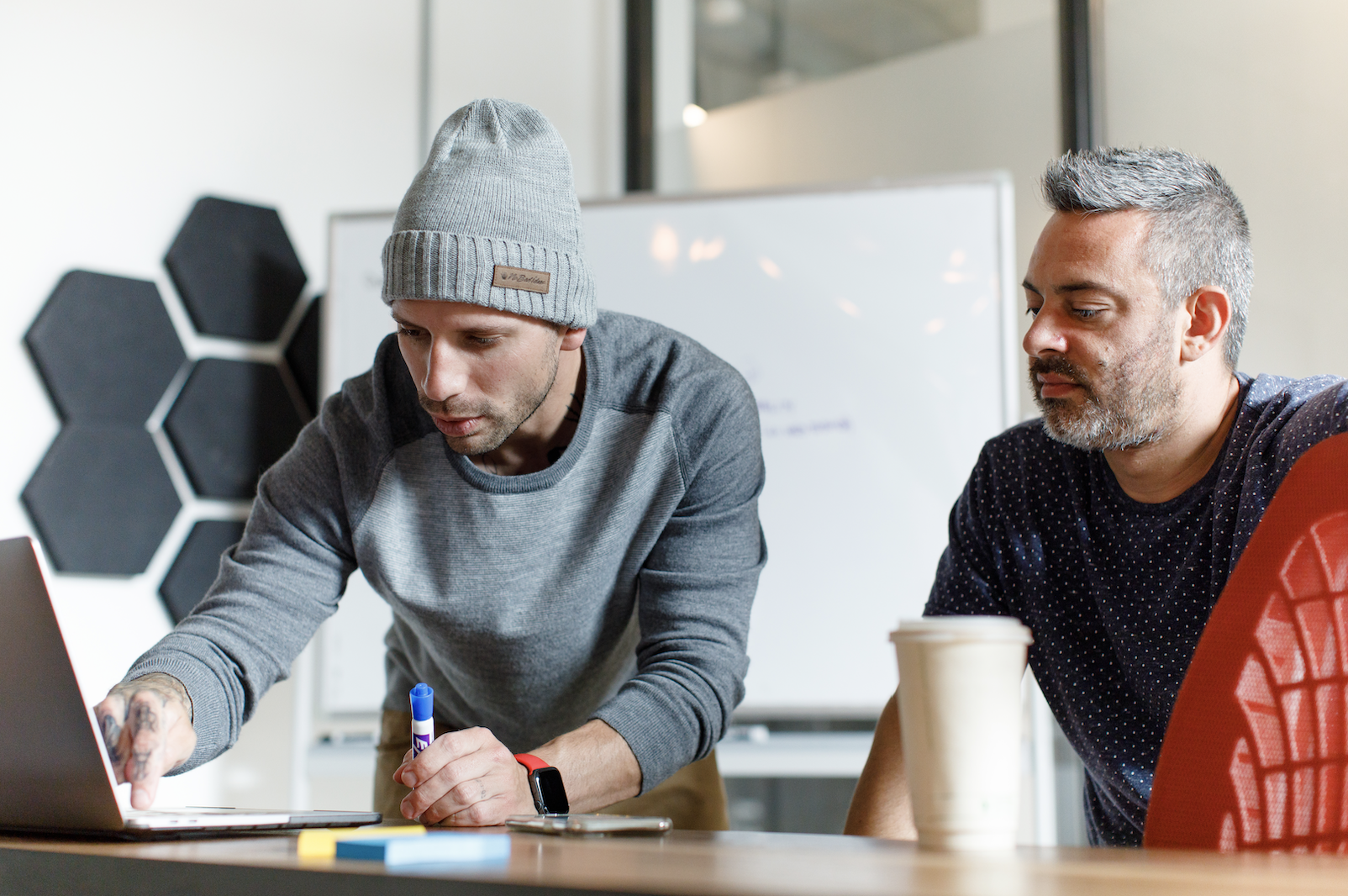 Following their transition from an established company to a rebranded startup, Quest struggled to divide their limited resources between developing their product and navigating their new market. Designers and potential partners were confused by Quest’s offer, ultimately unable to distinguish from existing solutions. Together, we uncovered that Quest’s hasty rebrand left much of their messaging unresolved and their team misaligned, hindering their ability to assume their new role.

To better understand Quest’s new customers and the platform’s true potential, we explored the functional and emotional drivers that digital designers face when looking to build a website. We discovered that although digital designers view website building as an essential skill, they believe their available options either demand a steep, platform-specific learning curve or restrict them to design within boundaries, limiting the full extent of their creativity. Simply put, they weren’t designing as desired—but as required.

To help Quest establish its undisputed presence as a new venture and communicate an offer that would be equally distinct, a new brand position was crafted—one devoted to keeping creativity pure and intuitive for digital designers. We then guided Quest in implementing their new foundation across their entire organization and refined key forms of branded communication.

Since implementing their new global strategy, Quest has experienced a boost in productivity and a renewed interest in their platform—gaining increased traffic to their website, an 8x spike in user signups, and a major partnership with Adobe. Today, our partnership continues through an advisory role, helping the Quest team ensure their new foundation is present as they explore new features and forms of branded communication. 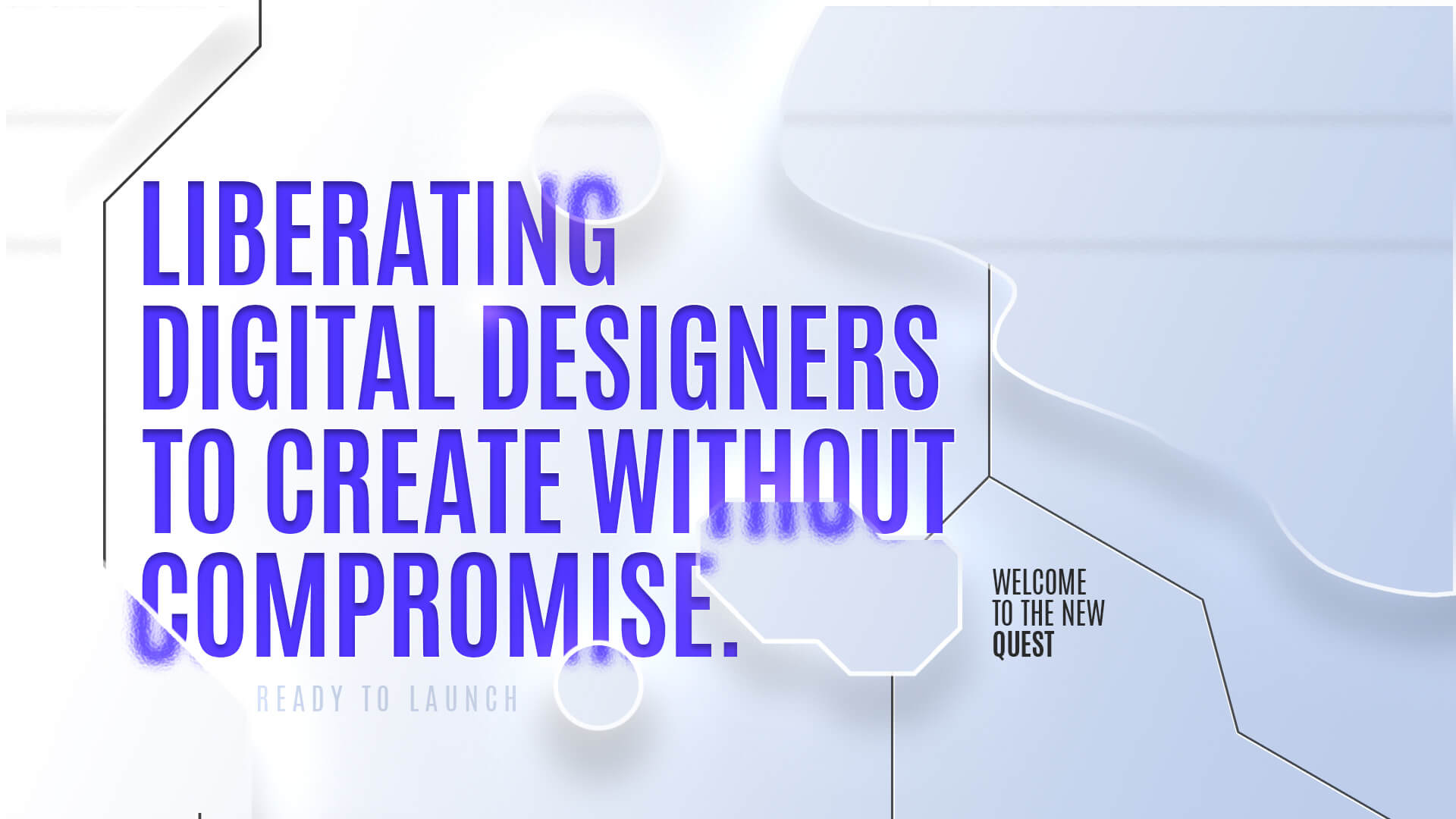 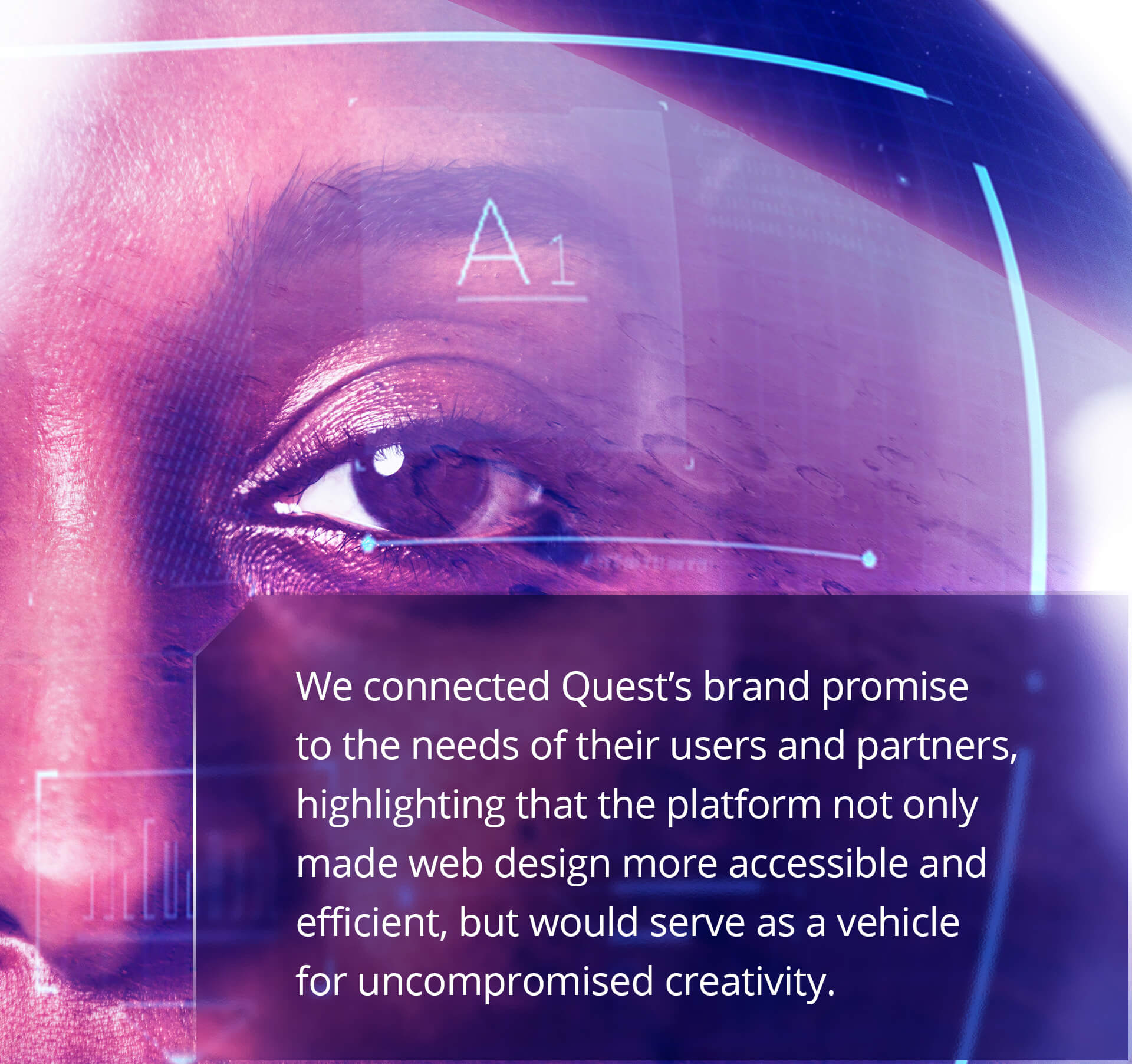 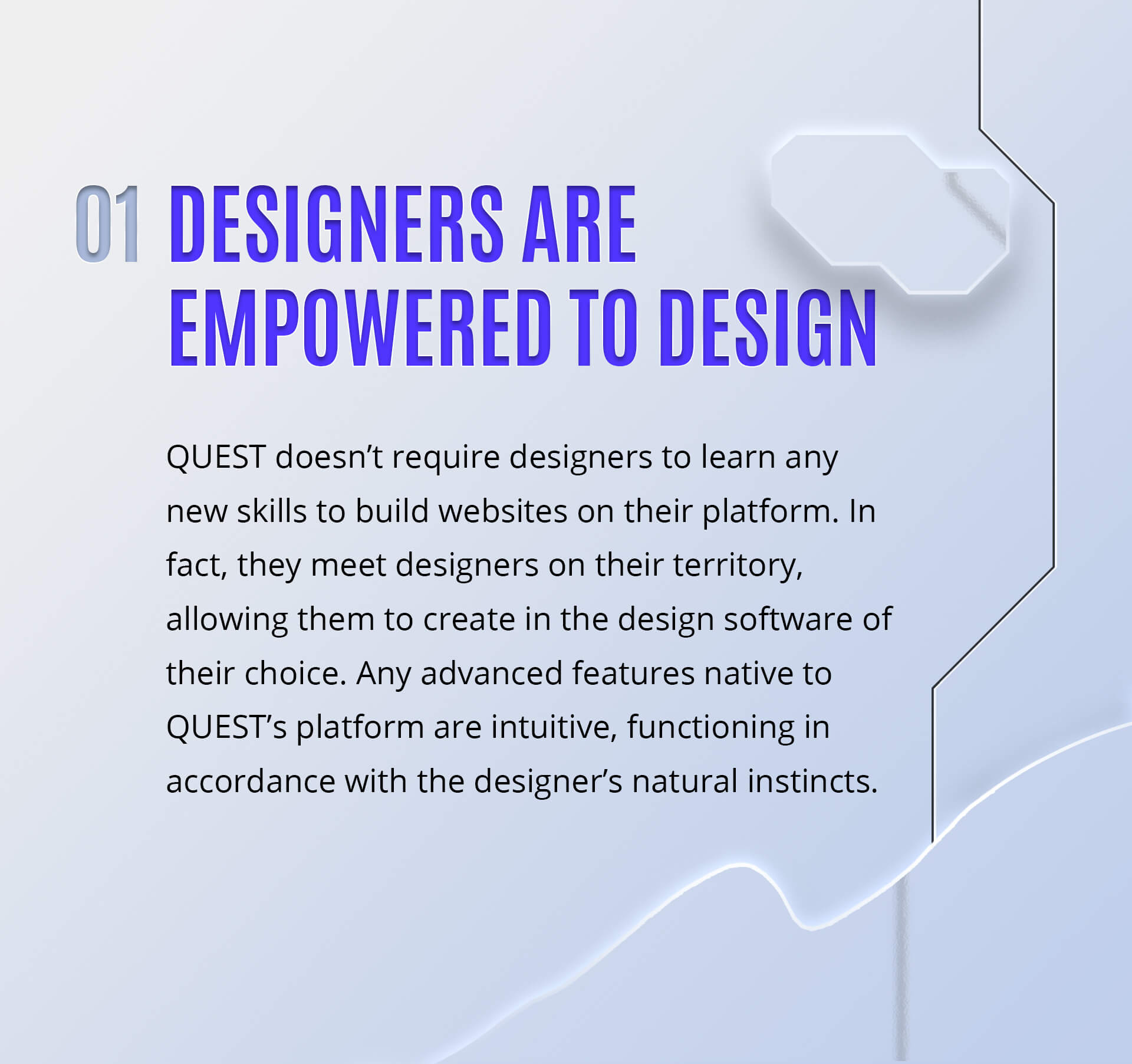 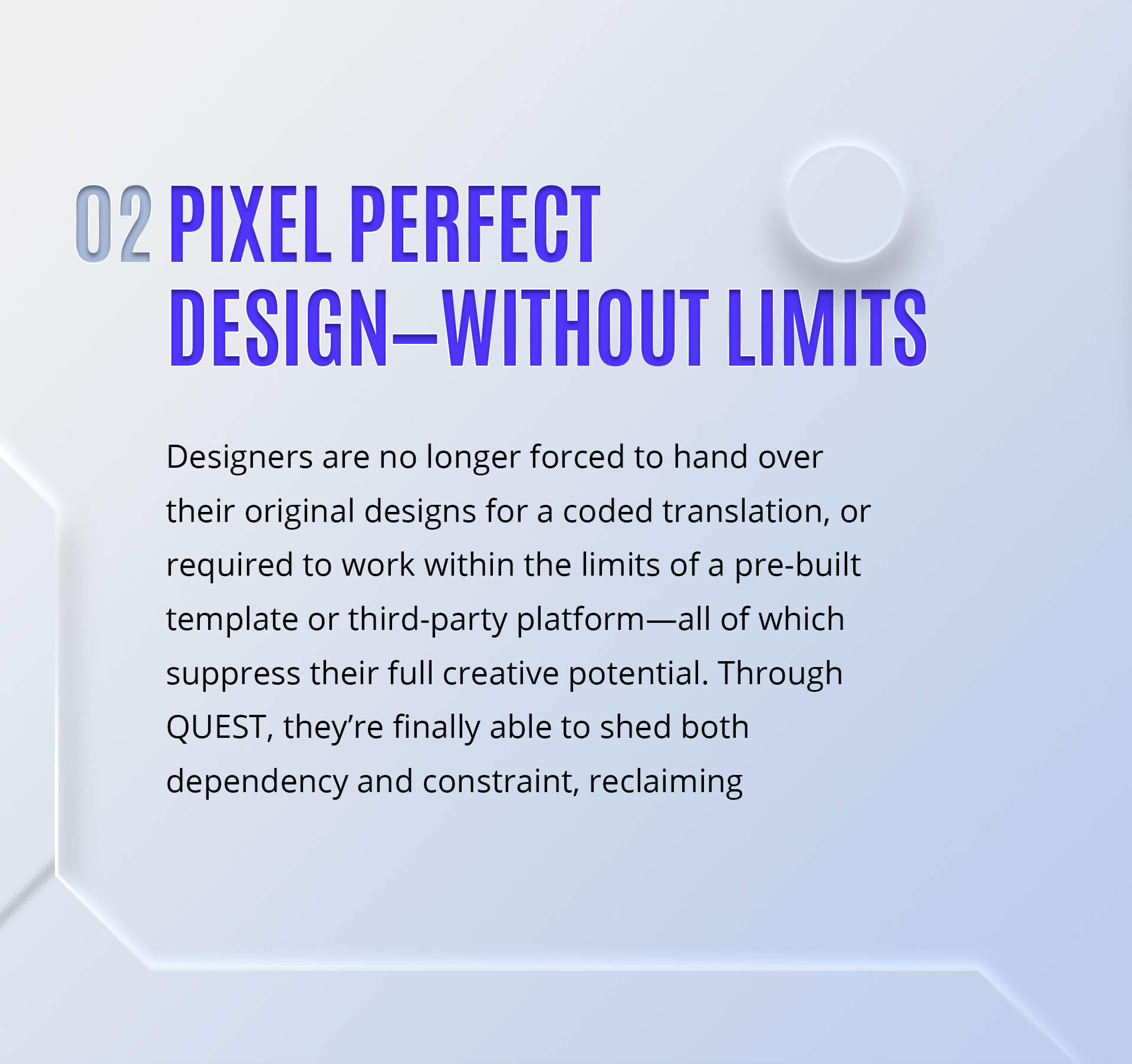 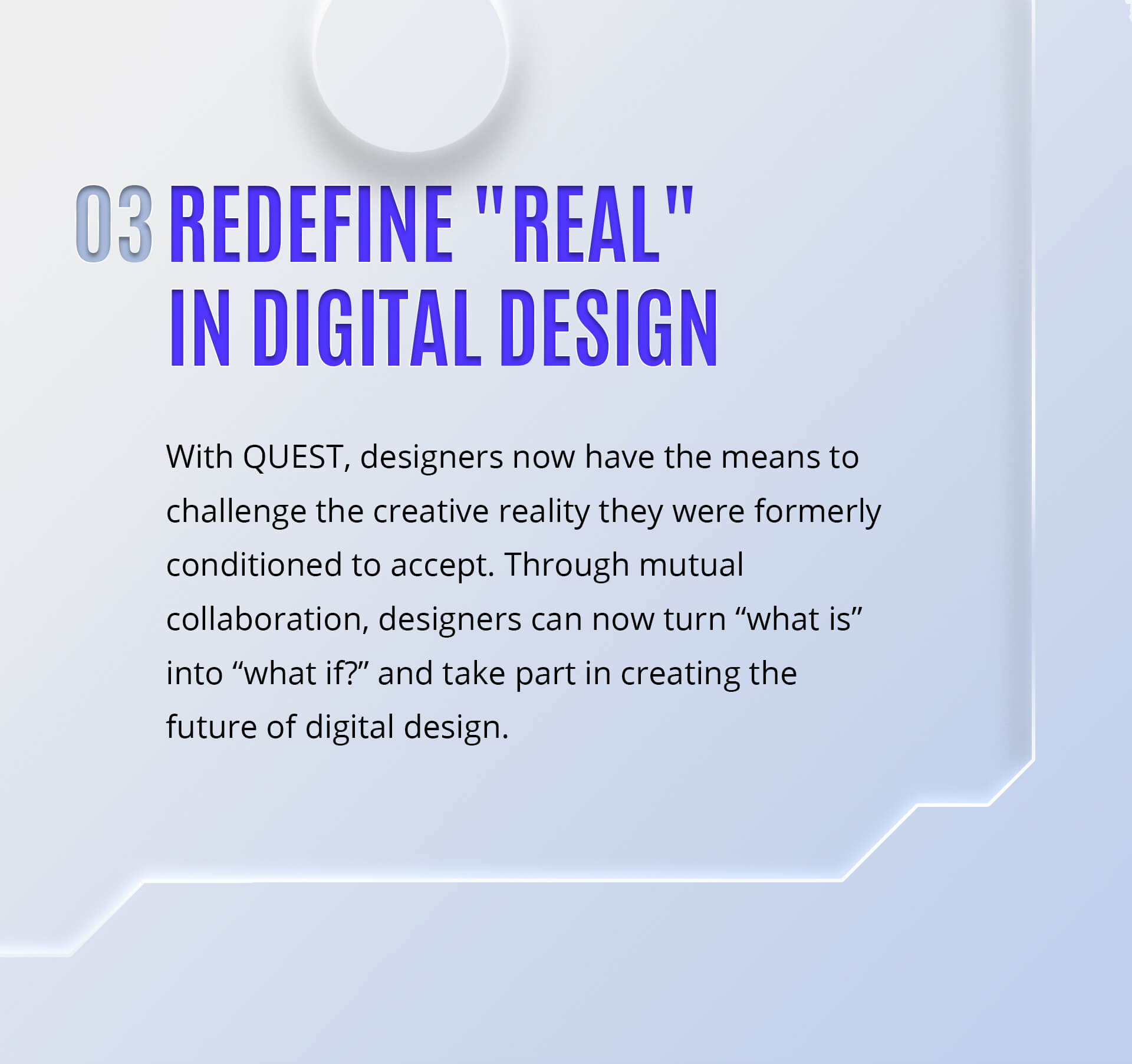 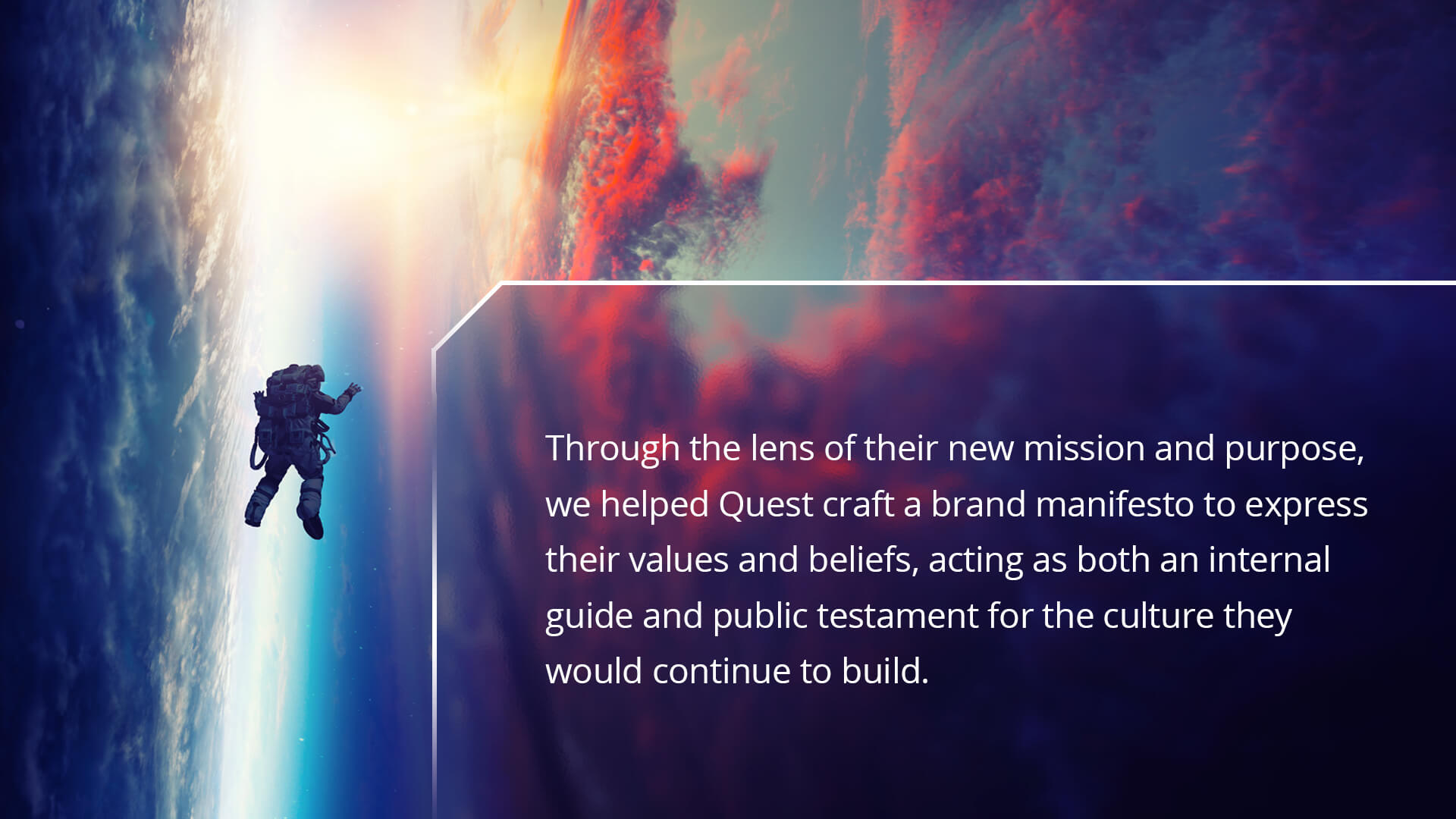 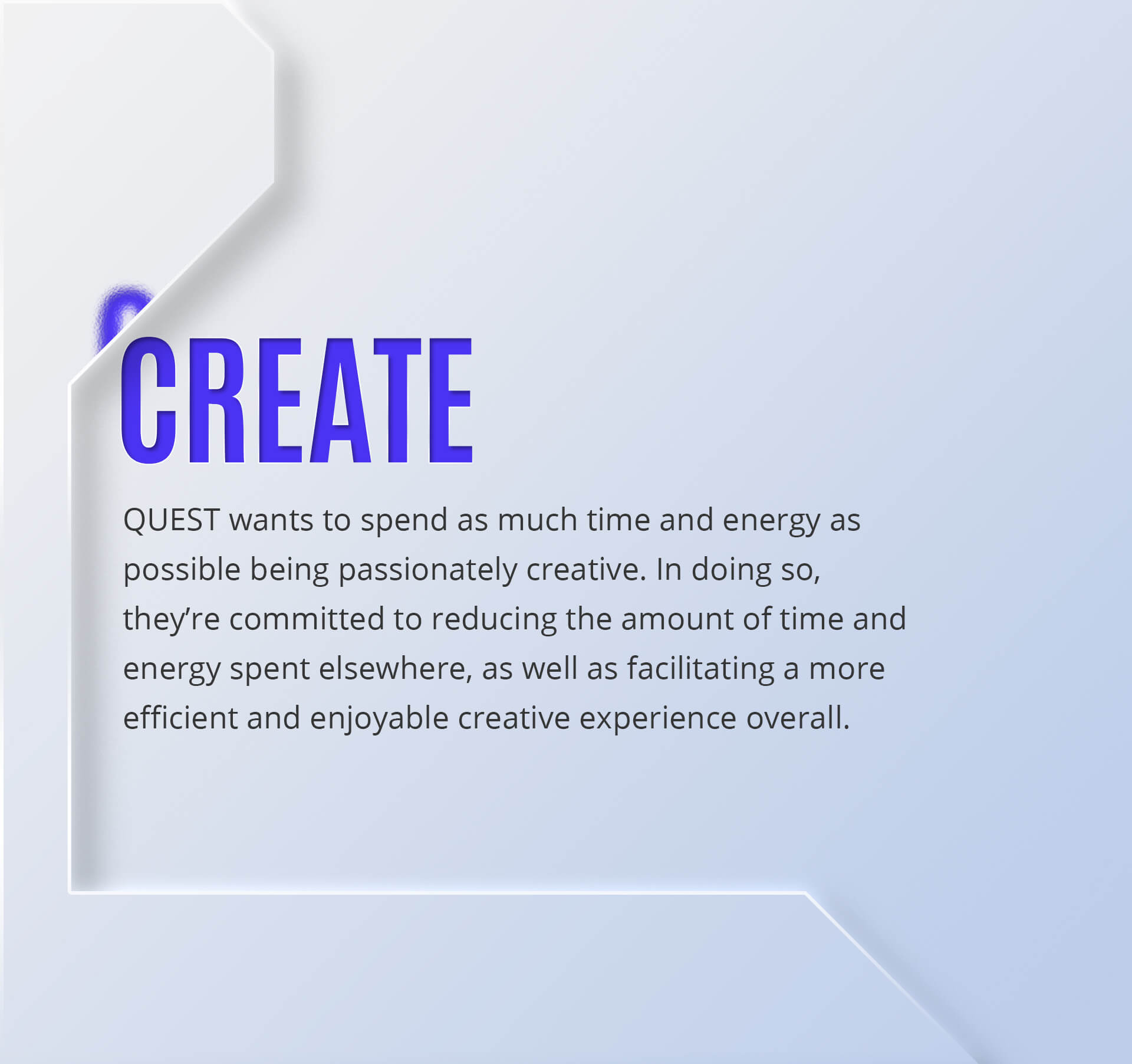 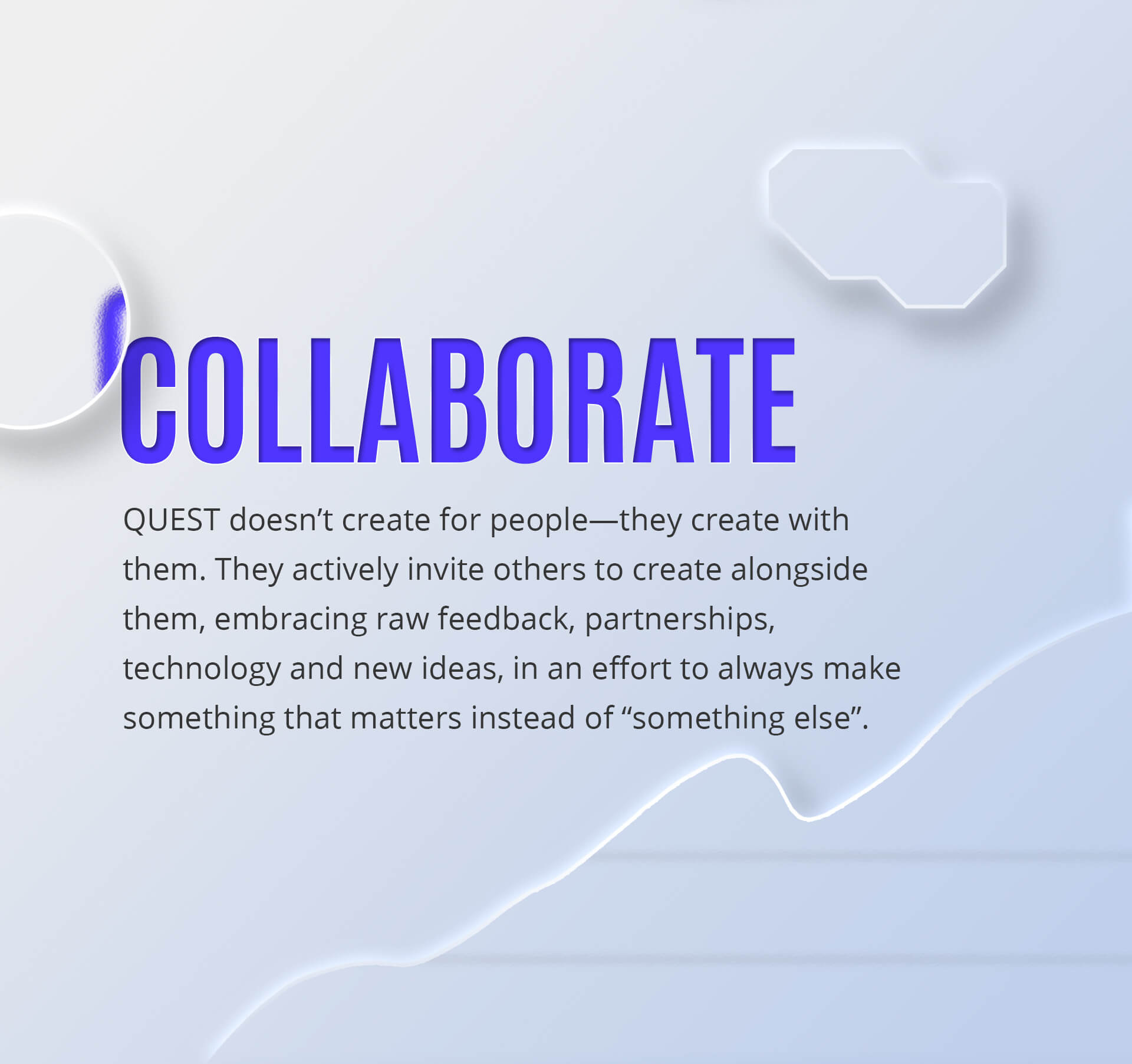 We ended up uncovering new ideas and results we never expected. Frankie’s work has affected things as small as our logo and visual identity, as big as all of our social messaging, and down to what features we prioritize in building our platform. He helped us identify our core audience and how to communicate with them most efficiently.

Ready when you are

You can wait for change to happen—or we can drive it together.